I confess that I never expected to love Argentina as much as I did … what an amazing and life-changing week I had! There is probably no possible way to adequately describe the whole week and most of you probably wouldn’t have the time or desire to read through all of that. Plus, our trip blog does describe how things went down already – from the perspectives of the 12 people who went. (thinkglocally.blogspot.com) But I do want to share some fun facts about my trip that I thought might be interesting to my readers, too. So here they are in no particular order…

1. I had no idea I would ever fly so far south on this planet — we stayed in Trelew (pronounced Tray-lay-oo) which is near Rawson in the Patagonia on this map — it looked just like West Texas. Even the weather was warm and windy. Who knew we could fly so far and even the climate and appearance be so similar?
2. The food was definitely not what I expected! You hear South America and you think Mexican food — it was soooo not. In fact, their food was completely bland. We had a party one night and made tacos for our Argentinian friends – they thought it was too spicy! Our taco meat! Very interesting. Most of their meat in restaurants was cooked on a grille – I liked that! But they did not use much spice or flavor. 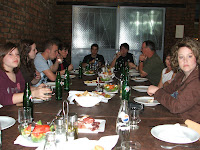 3. Speaking of food … they had the best ice cream I have ever had or will ever have in my life. Straight up vanilla, baby …. fabulous. 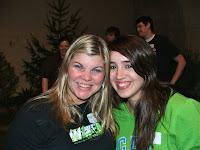 4. I learned that the teenagers there are just like the teenagers in America — they are into text messaging, clothes, flirting, Facebook, and cliques. I had the MOST fun hanging out with Argentinian teens, which was a majority of our trip. It was personally rewarding to me to discover that I can relate well not only to teenagers in America, but to teens in another country, too. God has certainly called me to this generation of students. I already miss the students I met there – several of which do not have a relationship with Jesus. What a ministry to get to keep in touch with them … and at their initiation!
5. Students only go to school for four hours a day — either in the morning (8-12) or in the afternoon (1-5). Organized sports teams are extra-curricular and not related to the school. Everyone has to take 5 or 6 years of English in school, and they complain about it just like our kids do when being required to learn a foreign language. They have a LOT of homework and they always go home to eat. In fact, almost all the stores and shops close down for several hours in the middle of the day for a “siesta” – a tradition that we practiced while there. We even took naps some days! For a “professional sleeper” like me, this was quite a gift! They also don’t eat dinner until around 8:30pm or later and they stay up very late — some of our friends stayed at our house until midnight – on a school night! I suppose that if you knew you would have siesta time in the afternoon, it might be okay? 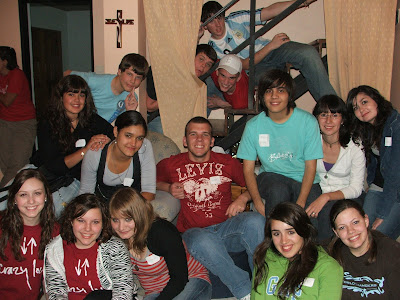 6. The culture is pretty laidback – except for driving. My word! They are aggressive drivers who don’t really follow traffic laws (or perhaps there are just a lack of road rules?). Even driving with Ted and Connie, our American missionaries there, was quite an eye-opener! 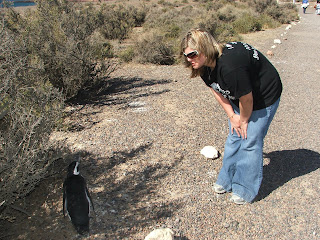 7. They have pinguinos (penguins) that don’t live in the icy cold! In fact, it was a very warm day when we went to the beach where the penguins live – over 750,000 of them! They are magellan penguins and they make little burrows under the desert brush. But they really are just out in the open – standing still, their beak pointed to the sun with their eyes closed. It was very fascinating to stand within a foot of them (we weren’t allowed to touch them, and you don’t really want to anyway – that beak could snap off our fingers.) 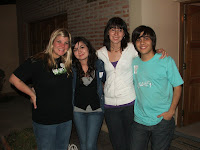 8. Teaching is actually a very respected position. The medical field is not — which also means the payscale reflects that. Very different from America! 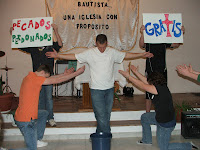 9. They have a female president! And in the two Baptist churches we visited, worship was led by a woman, and women were the ones who read the Scripture, prayed aloud, and prepared the people for the service. I found that interesting, too – not sure our church has ever called on a woman to lead the church in prayer???
10. I learned a lot about my team on this trip – first of all, it was the easiest trip I’ve ever taken and the people we went with were flexible and fun-loving and bold and open to new experiences. I couldn’t have handpicked a better group. But I did learn to never trust Brice Warren or Rebekah Fahey EVER AGAIN when playing Mafia. I feel so betrayed – I totally fell for their deceptions and it will take some time to get over the experience. LOL. 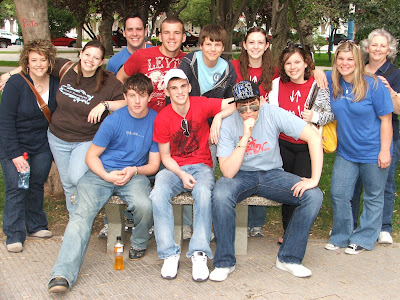