And It’s a Four-Book Deal! 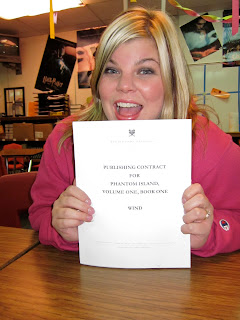 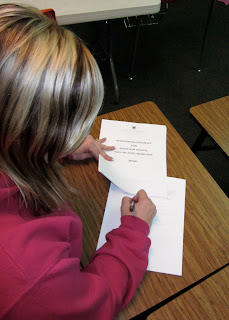 THE END RESULT… As of January 3, 2011, Tate Publishing will now take on the Phantom Island series! They are going to take Wind, clean it up, get it commercially ready, and then re-release both volumes nationally before the holiday season 2011 (hopefully). Then, the first volume of Water is set to release soon afterward. There will be ebooks and audiobooks and new cover art and formatting and marketing and publicizing… and oh my goodness. (NOTE: The timing listed here is the PLAN… Remember, I’m new to this whole process so don’t quote me yet.)
So, yeah, I guess God really DIDN’T want me to query or get rejected again. And I suppose He waited until the last minute to see what my level of commitment and faith would be… to be obedient even when I felt like I was sacrificing a dream.
Because, ultimately, it is all about HIM. It feels good when people say they’re proud of me, but I know from where my blessings flow… and I know I had no hand in all of this working out the way it did. I do want to say thank you to Doug for listening to God’s voice when He prompted Him. And to Janey for fast-tracking my manuscript submission and finding potential there. And to Editor Katrina for tirelessly reading and editing those novels (even up to last week!) until her fingers were stained with purple ink. And to my mom and dad for their financial contributions when I needed it. And for Mom and Sam who have made this dream their dream, too.
Oh, and did I mention Tate Publishing is a Christian Publisher? Huh. Never saw that one coming for a book that doesn’t even mention God’s name… God has a plan. Always. Even in His silence.
So, readers… I KNOW and TREASURE those of you who have been with me from the start. This is a huge break – and will afford more opportunities for the series in the long run. I know it means you have to wait longer for the next installment. But you NEVER KNOW what cool things will happen because of all this… foreign rights? Movie rights? I dream big because my God is big! But it’s always one step – or one leap of faith – at a time. Please stick this out with me. I’m being launched into a whole new scary world – I NEED YOU GUYS! More than ever.
Thank you for being on this journey with me.
XOXOXOXO
Uncategorized
Tweet

Comments to “And It’s a Four-Book Deal!”