Today’s post of Krissi’s Konfessions actually features the confessions of another author I greatly admire – Heather McCorkle! Welcome to the next stop on her blog Tour of Secrets as we all celebrate the release of her debut YA urban fantasy novel, The Secret of Spruce Knoll! (And read through this to hear more about her awesome contest giveaways…)


Before we hear Heather’s confession, you’ve got to read what this book is about… Just the synopsis gets me all excited about curling up to read for hours…

It’s hard enough being a teenager under normal circumstances; imagine being orphaned, sent to live with an unfamiliar aunt—and learning that there really is magic in the world. Following the tragic death of her parents, Eren Donovan moves to Spruce Knoll to live with her aunt. Little does Eren know the entire town of Spruce Knoll is filled with “channelers”—a magical group of people who immigrated to the small Colorado town when they were driven out of their own lands.

Channelers are tied to the fate of the world. As the world slowly dies, so do they~and they alone have the power to stop the destruction of Earth. Now, Eren learns she not only lives among them, but she is one. When she meets local boy Aiden, who shows her being a channeler isn’t all bad; in fact, it’s kind of cool.
As Eren and Aiden’s relationship blooms, so too does a mystery in Spruce Knoll. The town holds many secrets—and many enemies. It soon becomes apparent that the untimely death of Eren’s parents was no accident and that her life might be in danger, too. Only time will tell if young, inexperienced Eren has the power to protect the people she has come to love.
When Heather asked me to be a part of her blog tour and to come up with one secret to ask, the thing I wanted to know more about was the relationship between Heather and her main character, Eren. Most of my readers know that my main character, Whitnee, in the Phantom Island series is based on me and was unfortunately given several of my own nuances. I’m always curious how other authors develop characters.

ME: So, Heather, can we expect your main character, Eren, to have any Heather-isms in her characterization?

HEATHER: I know a lot of people put parts of themselves into their characters but I’m odd in that I don’t do that much. Some of my life experience comes into play but not much of myself goes into the characters. I think a lot of that is because the characters often come to me fully formed, they are the inspiration that sparks the entire story. I lead a very active life and love the outdoors, that is about all of me that made it into Eren.

ME: Well, I am excited not only to own my first Heather McCorkle novel, but to get to meet Eren and experience more about her active (secretive) life!

I just ordered my own copy of The Secret of Spruce Knoll and so should YOU! Available at Amazon, Barnes and Noble, Amazon Canada, and The Book Depository! 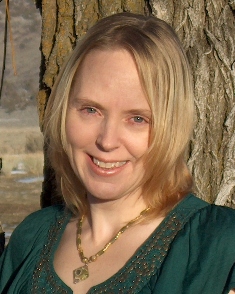 I don’t even remember now how I first got to know Heather – Twitter? Blogger? Fate? But she is one of those people who is a positive influence in the writing world, supportive of other writers, and a total blessing to know. I believe I once said that when a Heather McCorkle novel released, I would be one of her biggest fans-no questions asked! Well, here we are… the first of what I know will be many successful Heather McCorkle novels. And I am encouraging each of you to support her debut into the world of YA authors!

To enter the Tour of Secrets Prizes and Giveaways, check out the details HERE on Heather’s Odyssey.

Best wishes to you, Heather, on this journey with your characters!! Thanks for stopping by and letting me be part of the Tour of Secrets.