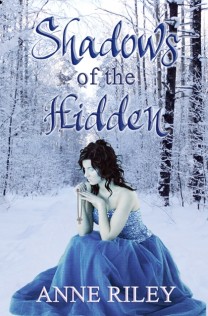 “A riveting mystery filled with realistic teenage drama, suspenseful twists, and an extraordinary quest for the truth… Anne Riley is a refreshing storyteller with the ability to keep me desperately turning those pages for more adventure!”

As you’ve seen on my blog before, I had the privilege of blurbing Anne Riley’s debut novel, Shadows of the Hidden. I enjoyed this book because I felt like Anne was able to capture the dialogue and the curiosity of real teenagers within her characters.I was also really drawn to the unique storyline involving Druids and magical powers that I hadn’t seen in a lot of YA literature up to this point! This book kept me glued to it as I wandered in and out of time periods along the pages, trying to figure out how it was all connected. You can read an interview I did with Anne earlier where I asked questions about the book and about the author herself. Anne is a high school teacher, so I feel like she “gets” the teenage audience. Not only that, but she is truly one of my favorite writers. (I’ve gotten to read two other projects of hers that I can’t WAIT for the world to get to read.) You could say I’m jealous of her talent. Yeah. I can admit it. And now she’s giving away TWO paperback copies of Shadows of the Hidden – you can enter right here at the bottom of this post! I’d love to see one of my own readers win a copy!!

Here’s the plot summary for Shadows of the Hidden:

Natalie Watson doesn’t believe her parents are dead, even though they disappeared five years ago. Discovering the truth about their fate is one of the only things that get her out of bed in the morning. But after moving from her home in Georgia to her aunt’s boarding school in Maine, solving the mystery of her parents’ whereabouts is just one of several challenges she must face. When she’s not fending off attacks from the popular kids, she puzzles over the rumors about a strange boy in her math class–one with fiery red hair who rarely speaks.

Despite suspicions that he murdered his sister a year earlier, Natalie finds it impossible to stay away from Liam Abernathy–especially when he confesses to knowing something about her parents. Soon she’s following him into the forest, where things happen she doesn’t understand…things that shouldn’t be possible.

Natalie soon realizes her connection to Liam is deeper than she ever imagined, and not everyone she counts as a friend can be trusted. When she finds herself at the center of a centuries-old quest for immortality, she must work with Liam to stay alive–even if it means facing a truth about herself and her family that will not only shake her perception of herself, but of the entire world around her. 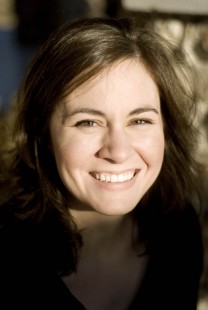 And here’s a cool new excerpt:

I take a tentative sip of my steaming tea and say, “I’m just curious…why did my parents come up here the weekend they disappeared? I mean, I know they wanted to visit you, but was there anything else?”

Aunt Tessa sinks into the armchair next to me, setting the plate of biscuits on a small table between us. “Well, yes, as a matter of fact, there was another reason they were in Lubec that weekend.”

Her eyes sharpen, and I get the feeling she’s trying to decide something very important. Then, almost as if she’s speaking to herself, she mutters, “Is this the right time?”

“The right time for what?” I whisper.

A beat of silence. Then she says, “To tell you the truth.”

Chills shoot down my spine. “You know where they are?”

“No, no.” The blossom of hope in my chest withers back to nothing. “But I do know something you don’t. Your mother gave me explicit instructions not to tell you anything about it, but given what’s happened—and now that you’re asking about all this—I think it might be time to enlighten you.”

The story is just beginning to unfold here! I’m excited for others to read this dark mystery about truth, acceptance, and young love. Enter for a giveaway on the Rafflecopter form below!

“This novel kept me on the edge of my seat. It was quite suspenseful with a unique historical twist to the paranormal. With great characters and non-stop action, it kept me hooked until the very last page.”
– Medeia Sharif, author of Bestest. Ramadan. Ever.